The opposite of addiction is connection

You're going to think I'm a really terrible person... 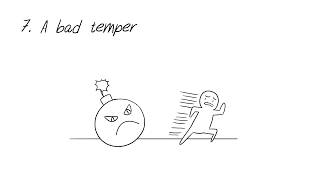 The Depressing Truth About Happy Pills

"Cracked: Why Psychiatry is doing more harm than good" by Psychological Therapist James Davies is a well researched, brilliantly written and completely engaging book that I've just finished reading - some of the contents of which I am compelled to share with you here.

For a few years now I've been aware of mounting evidence that anti-depressants 'work' on very few people and that there is no research supporting the idea that depression is caused by a reduction of Seratonin in the brain. Not little evidence, not some evidence. None. Nada. Zilch.

This blog is going to be a longer read because I have so much I want to share, but if you'd prefer to watch a video, many of the points and more are summed up in this interview with American Psychiatrist Dr Kelly Brogan (I'm a big fan of The Brogan btw).

Now, are you sitting comfortably? Then I'll begin.....

Firstly, what are antidepressants?

The most commonly prescribed modern day anti-depressants, Selective Seratonin Reuptake Inhibitors (SSRIs) have been around since the 1980s. From Wikipedia:

"Fluoxetine [Prozac], which was FDA approved in 1987 and is usually thought to be the first SSRI to be marketed, paved the way for the next generation of SSRIs and was thought to be some kind of prototype. Introduction of fluoxetine to the market is hailed as a miracle drug for the treatment of depression because it had fewer adverse effects, simpler dosing strategies and greater margin of safety when overdoses were consumed and thus it had better adherence, compared to the older antidepressants (TCAs and MAOIs). Since then the number of drugs in the SSRI class has become bigger and they are now six: fluoxetine, paroxetine, citalopram, escitalopram, sertraline

How do SSRIs work?

(or rather, what's the 'chemical imbalance' theory behind them?)

Our brains are made up of millions of strings of neurons which don't actually touch but connect by sending chemicals to each other across the gaps. These gaps between each string of neurons are called synapses and in each synapse the chemical messengers are called neurotransmitters.

There are lots of different types of neurotransmitters which you may have heard of - seratonin, dopamine, noradrenaline, GABA, for example - and they all have different roles to play.

When neurotransmitters are sent from one neuron to the next, if there are an excess left over, they're re-absorbed by the original sender.

Seratonin is a neurotransmitter that's believed to be involved in our feelings of wellbeing and happiness. SSRIs work by stopping any excess seratonin from being reabsorbed by its original sender, therefore leaving more available seratonin in the synapse for the receiving neuron to use up. Like this:

So the theory goes that depression is caused by a physical lack of seratonin in the brain - a chemical imbalance - and that increasing the amount of available seratonin will help a person feel happier.

So what's wrong with that? The big problem is it's all just a theory - there's absolutely no proof or evidence to support it. As James Davies puts it (p124):

"even if antidepressants did work for chemical reasons, this would still not substantiate the chemical imbalance theory. If my headache feels better when I take some aspirin, I do not conclude that my headache was therefore caused by a deficiency in aspirin in my brain."

"despite thousands of studies that have tried to show that a seratonin or norepinephrine deficiency is responsible for depression, not one has yet been able to provide direct evidence that this is so".

Other studies that have shown that when seratonin and norepniephrne have been depleted in the brain, it does not produce depressive symptoms in people - when depressed people have these neurotransmitters depleted they do not become more depressed and non-depressed people remain chirpy.

So despite pseudoscientific terms like "chemical imbalance" being used for years to explain depression, in actual fact, nobody really knows what causes mental illness - at least not physically.

How effective are antidepressants?

OK, so this is the part that might shock you: antidepressants are no more effective than sugar pills. That's right, you read that right. It appears that antidepressants actually 'work' on some people because of a placebo effect - they believe the medication is working, so therefore they feel better.

The placebo effect is a human phenomenon - even if we know we're taking a sugar pill, if we tell ourselves it's going to work, we can actually feel a bit better - amazing. If you want to know more about the power of placebo, I recommend Ben Goldacre's Bad Science book.

A meta-analysis of the research into antidepressants by Professor Irving Kirsch, as Associate Director at Harvard Medical School concluded that (p67):

"the new wave of antidepressants heralded as wonder drugs - Prozac, Seroxat, Lustral, Dutonin, Cipramil and Effexor - worked no better than dummy pills for the vast majority of patients. There were about 10% to 15% of people, the extremely depressed, for whom the pills worked in a very minor way (about 4 points better on the Hamilton Scale), but this meant, as Kirsch pointed out, that 85-90% of people being prescribed antidepressants are not getting any clinically meaningful benefit from the drug itself."

What are the side effects of taking SSRIs?

As with any medication, it's important to be aware of any side effects so you can make an informed choice before taking it. From the NHS website, here's a list of potential side-effects of S:

Common side effects of SSRIs can include:

Serotonin syndrome is an uncommon, but potentially serious, set of side effects linked to SSRIs. Serotonin syndrome occurs when the levels of a chemical in your brain called serotonin become too high. It's usually triggered when you take an SSRI in combination with another medication (or substance) that also raises serotonin levels, such as another antidepressant or St John’s wort.

Symptoms of serotonin syndrome can include:

If you experience the symptoms listed above, you should stop taking the medication and seek immediate advice from your GP or specialist. If this isn't possible, call NHS 111.

Symptoms of severe serotonin syndrome include:

If you or someone you know experience symptoms of severe serotonin syndrome, seek emergency medical help immediately by dialling 999 and asking for an ambulance.

Elderly people who take SSRIs may experience a severe fall in sodium (salt) levels known as hyponatremia. This may lead to a build-up of fluid inside the body's cells, which can be potentially dangerous.

Mild hyponatremia can cause symptoms similar to depression or side effects of SSRIs, such as:

More severe hyponatremia can cause the following symptoms:

Some people have suicidal thoughts and a desire to self-harm when they first take SSRIs. Young people under 25 seem particularly at risk.

If antidepressants don't work and have lots of side-effects, why are they still being subscribed?

In 2016 NHS England prescribed 64.7million items of antidepressants. That's a massive increase of 108.5% on the 31 million prescriptions handed out in 2006!

It feels as though Doctors are handing out antidepressants like sweeties.

"The pharmaceutical industry makes over £12.5 billion each year from antidepressant medications (this excludes the £18 billion made yearly from antipsychotic sales). Doctors are convinced of their effectiveness. The media regularly reports how these pills help millions each year. And countless patients claim their lives would be ruined without them".

This blog is just the tip of the iceberg - I haven't even started on how antidepressants increase suicidal tendencies, for example.

I imagine in 50 years everyone will look back in horror at the state of treatment for depression and anxiety in the UK (and elsewhere).

Suffice to say, after reading this book and and lots more about antidepressants, I'm not a fan of this medication.

Popping a pill won't ever get to the root cause of your depression and anxiety, they have lots of side effects, no evidence that they work and are lining the pockets of Big Pharma at the expense of your long term health and happiness.

Admittedly I'm biased, but I believe that if you want to get rid of anxiety and depression for good, the best way to go about it is to engage with a trained and competent therapist, explore how you came to have those overwhelming feelings and eventually shift to feeling and thinking differently - permanently and drug-free!

*Please note - if you're on antidepressant mediation and would like to stop taking it, always seek the advice of your Dr*